Skip to content
Thanks to Nigel Pedley for providing us with the following obituary and photo’s :- 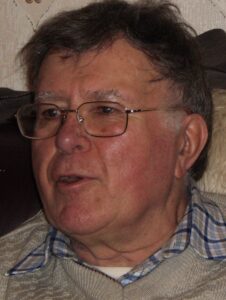 Brian was born in Hull in 1933.  Leaving school at the age of 14 he went into farming  firstly at Hunmanby near Scarborough before moving to Pateley Bridge in the Yorkshire Dales.  He often used to cycle back to Hull at the weekends to visit his parents.  Whilst in Pateley Bridge he was also a regular attendee at the local Methodist church where he was often asked to sing, usually solo.  After a few years working on the farm he returned to Hull to help his dad run the family business which he eventually took over.  In Hull he met Pauline who became his wife and they moved into their life long home on Pickering Road, where they had three children, Amanda, Heather and Jonathan.

Brian was an enthusiastic cyclist leading Sunday club rides for the Hull and East Riding DA branch of the CTC.  This would include weekends away, staying in YHA Youth Hostels or camping. He was also a keen supporter and volunteer for the York Rally, running the campsite for many years. He worked tirelessly campaigning for cyclist rights which led him to be involved in many local groups and forums, including being the cycling representative on many Hull and East Riding council meetings. Other activities included promoting the YHA (including work on restoring Beverley Youth Hostel), cyclists on trains, fighting for provisions for cyclists on the Humber Bridge (they were going to be banned but he fought to get them shared access on the planned walkway), Campaign for the Protection of Rural England, CTC, Rights of Way officer, and numerous other organisations.

He loved to ride his bike and in his early days would be out each weekend with the CTC and then spend holidays with his family camping or youth hosteling. Most of his cycling was done in Yorkshire and he was always a strong cyclist riding long distance events, some of which would include some rough stuff cycling on bridleways and green roads. One of his favourites being Dead Mans Way in Nidderdale which he used to recount stories of traveling along, including through snow in winter.

In later life Brian suffered problems with his legs which prevented him from cycling.  He still had numerous meetings to attend and made visits to the local Methodist church  (where his singing was again called upon), and as he wasn’t at all keen on using the buses (although the owner of East Yorkshire buses was a good friend of his!), he resorted to using a mobility scooter (tramper). Eventually this became too difficult and he became bed ridden and moved into a care home (which was on Boothferry Road at the south end of Pickering road, so he didn’t move far away from his home).  It was here that he passed away peacefully on the 10th August. 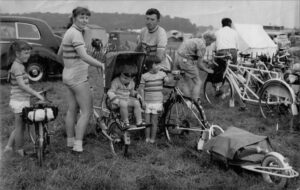 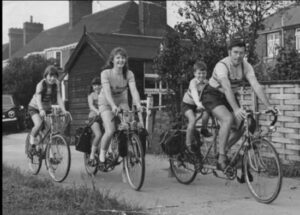 m.facebook.com/story.php?story_fbid=4068954079810484&id=1451722481533670❗Humber Bridge Update❗🚴The Bridge Board are setting up a system for commuters to register so they can cross the bridge. This should be ready within a week to ten days.✅They are looking at having an online form created but in the meantime if you need to cross the bridge for work then please phone them to give them your details. 01482 647161M-F 8:00am - 4:00pm 🚶They are hoping to reopen for leisure users from May but only after new cameras are installed and extra volunteers are ready to patrol the bridge. 👍Working with Mind and Samaritans to have extra volunteers on the bridge but if you are interested in being a volunteer please give your details to the Bridge Board.👉They are ultra sound testing parts of the structure to see what physical measures could be introduced - for example raised barriers. I will be meeting with the Chair of the Bridge Board again on Friday and I will provide you again with an update.Just to clarify, I do not sit on the Bridge Board and I do not represent them. I promised to update everyone following my meetings with them and that’s what I’ll do. The bridge board is made up of representatives from North Lincs, North East Lincs, Hull and East Riding Councillors. It’s not party political but the majority of the representatives are Conservative. mail@humberbridge.co.uk ... See MoreSee Less

One of our group found the Hornsea trail a little wet yesterday. ... See MoreSee Less